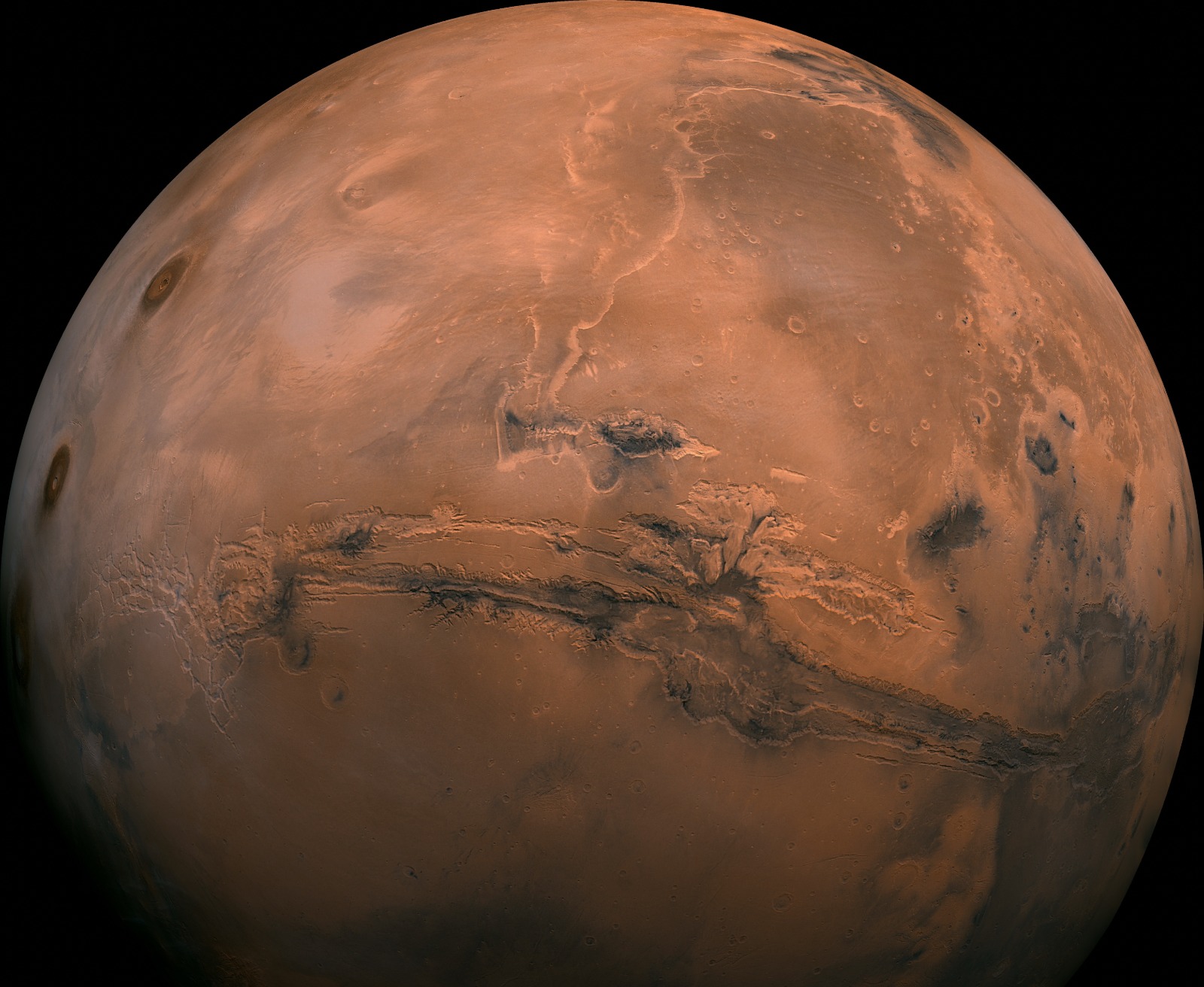 Any natural language expression of a set of facts — that can be represented as a knowledge graph — will more or less overtly assume a specific perspective on these facts. In this work we see the conversion of a given knowledge graph into natural language as the construction of a narrative about the assertions made by the knowledge graph. We, therefore, constructed a specific pipeline that can be applied to produce linguistic narratives from knowledge graphs using an ontological layer and corresponding rules that turn a knowledge graph into a semantic specification for natural language generation. Critically, narratives are seen as necessarily committing to specific perspectives taken on the facts presented. We show how this most commonly neglected facet of producing summaries of facts can be brought under control.
In the popular novel Stranger in a Strange Land Robert Heinlein introduces a cast of people who have been trained to speak only non-subjective truths containing neither valence nor assumptions. When describing a war-like situation it might, theoretically, be possible to say that, for example, some governmental head of a country gave an order to the army to move into another country by force. Natural language renditions of corresponding states of affairs usually contain expressions such as invading or liberating that assume a specific perspective (taking sides) and denote some valuation of the situation at hand. In other words, rather than objective and neutral truth-sayers, we are
spinning narratives out of the facts on the ground.

The concept of a narrative has migrated from its original domain in the literary sciences to a multitude of diverse and increasingly distant research fields. It has become an important element in research on games or in history } to name a few of these domains. At long last it has also arrived in the cognitive sciences where narratives are regarded to be a central means of sense making . From there it was merely a short jump over to the field of computer science where the concept is employed to describe semantically annotated episodes of recorded activities and has, subsequently,
been formalized by the MUHAI project using description logics. When we make assertions about people or events to capture them in a knowledge graph, we accumulate information that is supposed to represent the ground truth. In narratology this is often called the fabula. This fabula can represent episodes, e.g.:

While these fabulae contain large quantities of information they are, by themselves, not very meaningful. Only when we put them into a pragmatic context we assign additional meaning to them. For example, we can interpret the same observed episode as either throwing something or dropping something. This difference in the narrativization, consequently, yields two distinct narratives:
1. Sherlock dropped the glass onto the floor
2. Sherlock threw the glass onto the floor

It is important to note that the knowledge graph representing these two minimal narratives can be identical. We consequently differentiate between a factual knowledge graph, i.e. the fabula, which has not been narrativized and a (language-based) description of it, i.e. the narrative. This pairs a situation with a selected conceptualization, i.e. interpretation, thereof and renders the latter in natural language. In addition to becoming meaningful, the description will, in turn, evoke a pragmatic stance that ascribes, for example, a specific perspective and intention to the agent(s) acting in specific roles within the narrative. The more general contribution of this work is to examine
certain elements of narrative mechanics, as part of a larger effort of the MUHAI project to understand the mechanics of conflictual narratives. Specifically, we provide a technological scaffolding for the process of constructing such narratives in order to further empirical research on how narratives emerge in the wild. We have, therefore, constructed a system that takes a knowledge graph, i.e. a fabula, as input and converts it to a narrative.

This work is by no means done and, therefore, still in progress. Along with assuming a specific perspective on an episode, narratives also feature a teleological stance and in many cases also a normative valence. This needs to be included to arrive at a comprehensive model that allows for reasoning about narratives, e.g. what the specific differences between two distinct narrativizations of an identical episode are and even what they mean. This type of reasoning would extend the semantics employed, for example, in opinion mining and sentiment analysis, as narratives could then be grouped and compared in terms of perspective, stance or valence.

The contribution of this work is to provide a representational framework that can readily be employed in cognitive robotics to counterpart the notion of a task that is given to a robotic agent and can be executed by finding an appropriate action with the notion of a narrative that looks at an action and seeks to makes sense of it. Ideally, one could match the task leading to an action and the narrative describing the action to express if that task has been successfully executed by the agent from the point of view of the narrativizer. As most readers will know there can be vast differences in these judgments, for example, between parents and children concerning the question if a room has been properly cleaned.

Again, it is important to note that this approach explicitly rejects an objective notion of a narrative, i.e. to equate a narrative with what has objectively happened and can be recorded an stored as data. As a descriptive notion a narrative assumes a specific point of view on the episodic event. It, therefore, provides a spin on the event and is subjective. Nevertheless, these views can be shared by collectives and become well established frames in which larger historical or everyday episodic events can be seen by societies or groups. 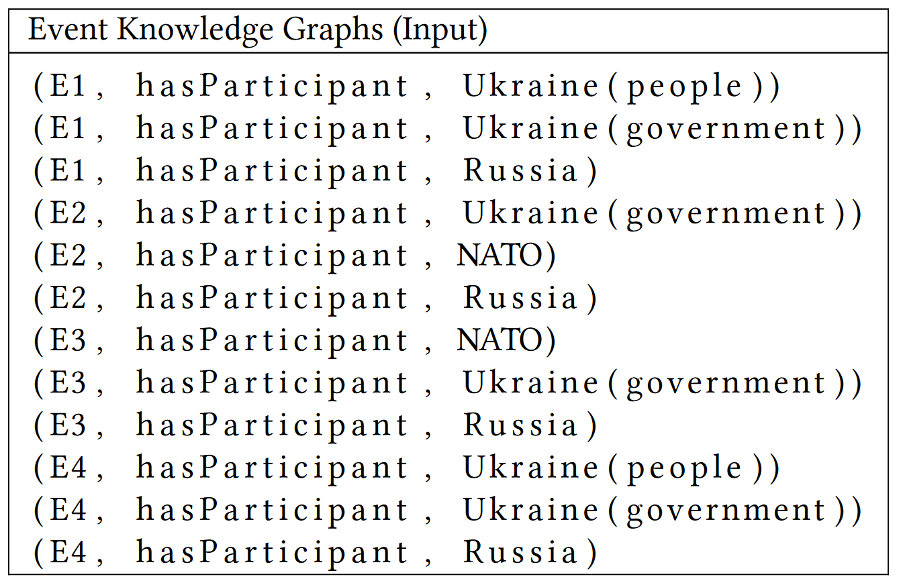 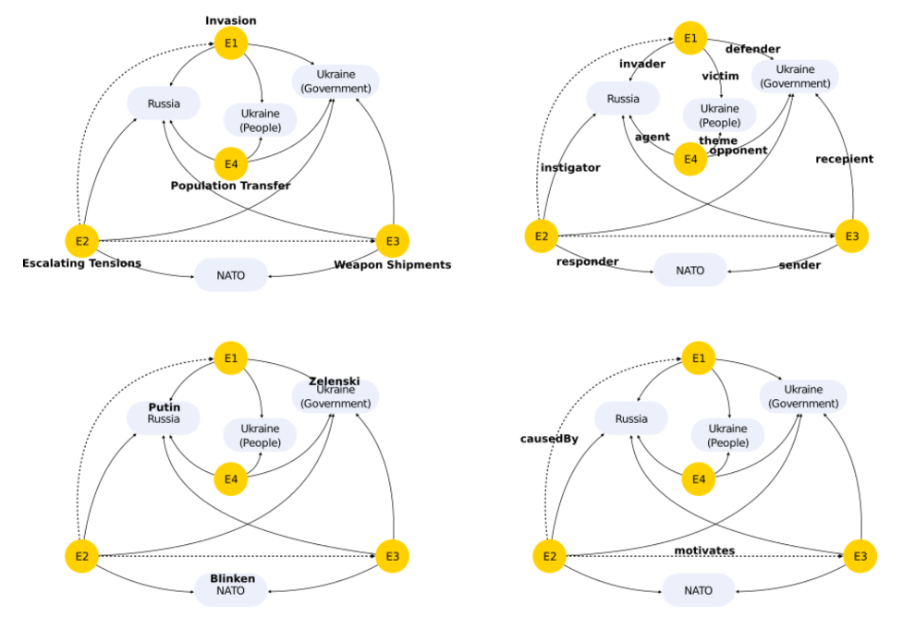 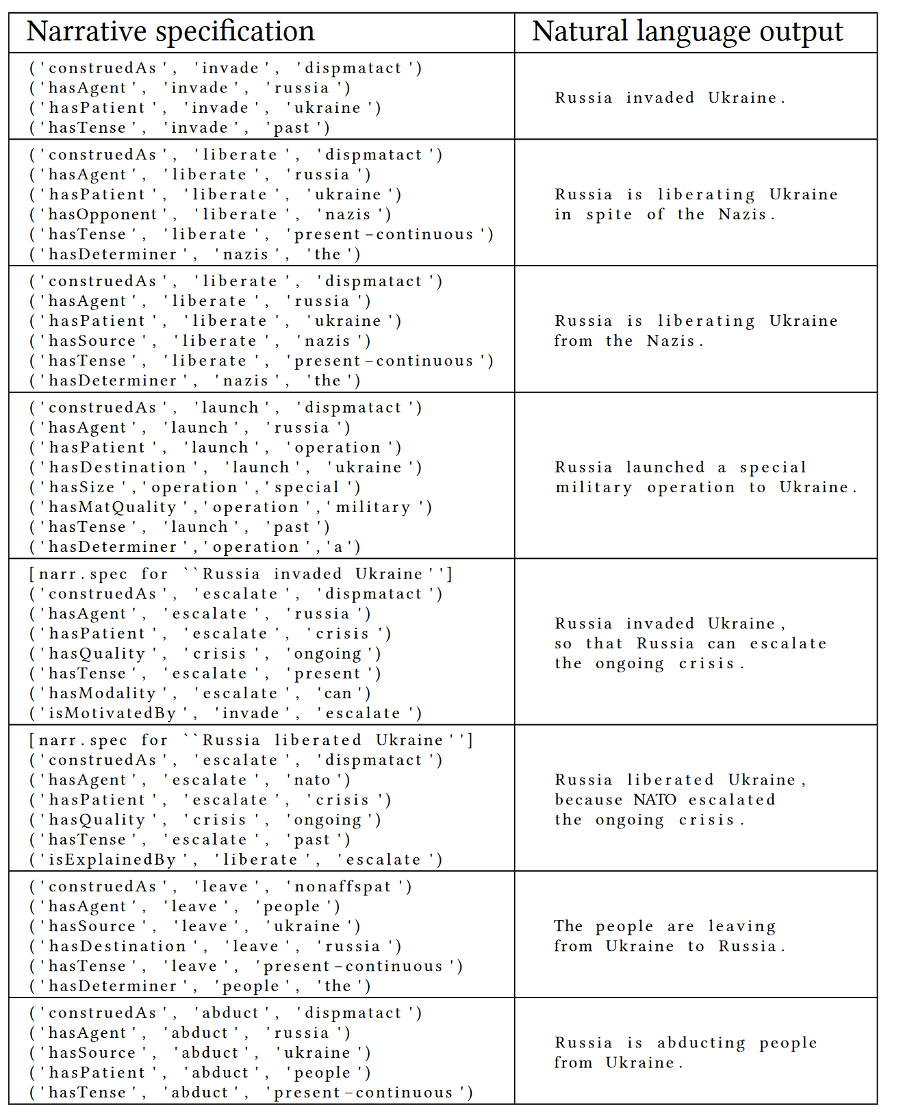 Lise Stork, VUA. Scientific discovery aims to explain the mechanisms that govern our world. In...
16 December 2021

Carlo R. M. A. Santagiustina. “Storytelling is a means by which representatives of new communi...
24 March 2021

Lise Stork, VUA.   Why are the neighbourhoods in some cities sharply divided along income ...