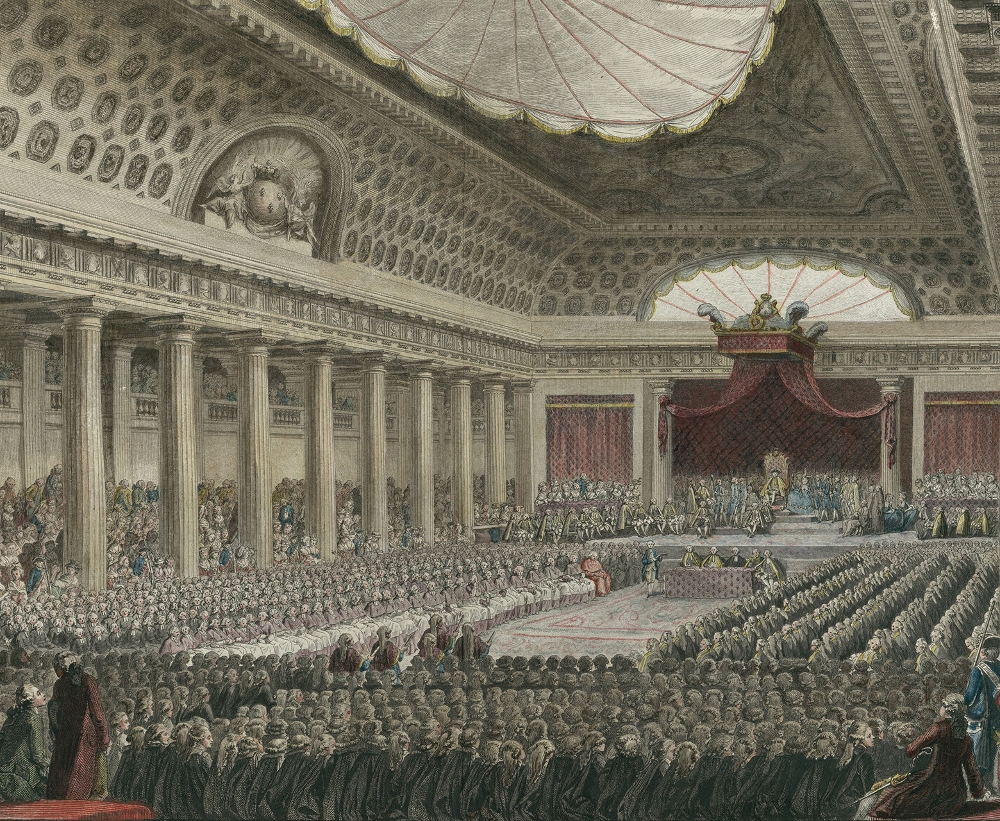 Opening of the Estates-General in Versailles 5 May 1789. It was a general assembly gathering the three estates at the time: the clergy (First), the nobility (Second) and the commoners (Third). Reference of the image here.

Introduction
We are constantly building a posteriori stories about how events happened, and about how you can make connections to come up with a coherent whole. To some extent, it is an extension of the Five W's - Who? What? When? Where? Why? -, the five questions that are considered the most basic in problem solving.

The MUHAI project aims to push current AI towards more meaning and understanding. On one hand, meanings are distinctions (entities and categories) used to describe the events, actors, and entities involved in a specific event. On the other hand, understanding consists in combining those meanings to build coherent narratives. 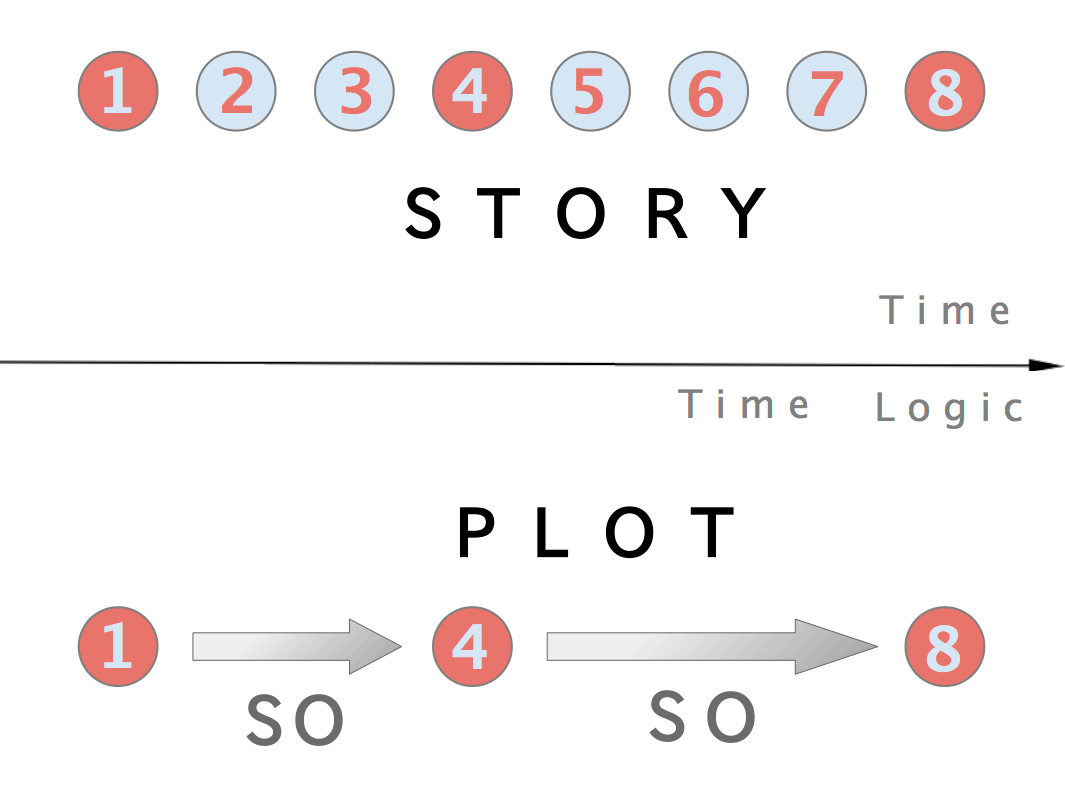 Whereas the story events are numbered chronologically, the plot events are connected by cause-and-effect relationships. Reference of the image here.

Within this context, one first step towards building narrative networks is to decompose a bigger event into smaller events, and find the relevant entities for each of those events. Related to the picture above, that would be collecting the story events.

Knowledge graphs can be leveraged to realise such a goal. In this data structure, nodes represent real-world entities such as dated events and people. Edges between those nodes indicate their relationships, e.g. Maximilien Robespierre → participant in → French Revolution. The aim of knowledge graphs is therefore to go beyond the simple form of a word, and associate each entity with relevant properties and attributes.

Use Case: the French Revolution
One example of a free and open knowledge graph is Wikidata, which contains around 100,000,000 data items.

By analysing edges related to the revolution node, a human can map a revolution to regime change and social interaction, and can therefore understand how it relates to the social and political domain. Even if the task is simple for a human, it is much more complex for a machine, who initially has no grounded meaning - pointers to ‘the real world’. An intelligent system should be able to reason on why a description of the French Revolution is relevant, given the data structure.

Another way to build narrative networks is to collect sub events related to the event, and understand how they are connected. For instance, one could manually follow links in Wikidata in order to identify events related to the French Revolution. 3 different paths from events to the French Revolution were chosen to retrieve such events, for over 45 events. How can you then connect the dots and understand how events are interconnected?

Analysing the outcome of each event helped doing so. For instance, the Insurrection of 31 May - 2 June marked the transition between the Girondin Convention and the Montagnard Convention during the French First Republic, whereas the Coup of 9 Thermidor marked the transition between the Montagnard Convention and the Thermidorian one. Likewise, the Coup of 18 Brumaire ended the French Directory and started the French Consulate.

As a conclusion, the aim of this case study on the French Revolution was to show how semantic web technologies like knowledge graphs can be leveraged to build narrative networks. Two such examples were further analysed: assessing the coherence of a text content and a graph structure, and understanding how events are connected.

Lise Stork, VUA. Scientific discovery aims to explain the mechanisms that govern our world. In...
18 October 2022

Robert Porzel, UHB. Any natural language expression of a set of facts — that can be re...
16 December 2021

Carlo R. M. A. Santagiustina. “Storytelling is a means by which representatives of new communi...
24 March 2021

Lise Stork, VUA.   Why are the neighbourhoods in some cities sharply divided along income ...